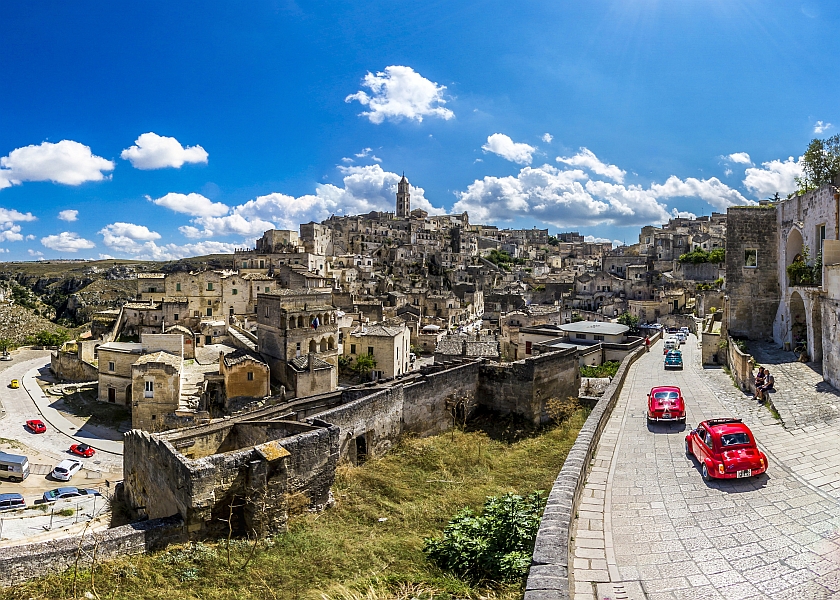 2019 is going to be an exciting year for experiential tourism. Over the years cities everybody has heard of have been the European capital of culture; Liverpool, Dublin, Paris, Madrid. This year it is Matera’s turn, and the celebrations kick off on the 19 January with marching bands from all over Basilicata playing up a storm to begin the year long festival. There will be events throughout the year centred around six themes including; Remote future, Reflections and Connections, and Roots and Paths. The organisers have been adding to the programme throughout 2018 so there will be something for everyone. And what is really great about Matera’s plan for their year in the spotlight, is that they offer a “passport” type ticket to all the events for the entire year which costs only 19euro! Talk about value for money! With so much on offer and such a good deal, Matera looks like it will do a great job of maximising its potential while it is European capital of culture, leading the way for great opportunities for travel agents interested in experiential tourism in this region.

A relatively unknown gem about to become world famous

Despite being one of the oldest areas of human dwelling – there have been people living in the area since Neolithic times – Matera is relatively unknown by the wider world. This is all set to change in 2019. Matera has appeared in such films as The Passion of the Christ, and Wonderwoman, but its fame is about to get a huge boost while it is the European capital of culture. News stories are already being written about it in international newspapers such as the Guardian and the New York Times, and there is a great article about it by the Lonely Planet. To see what the organisers of the year long celebration have to say about it themselves, visit the official website.

Matera is loved by cinema and has been used in many films because of its unique Sassi – subterranean dwellings – and local environment. The area has been inhabited for over 8,000 years, and its residents used to live in the underground settlements which are now a Unesco World heritage site, an incredible tourist attraction, and the location in many movies, both Italian and American. Even though Matera is kind of movie-famous, it remains a poorly kept secret, especially outside of Italy, but the year 2019 is about to change all that, which means this is a great opportunity to publicise experiential tourism in the area.

Matera is the second biggest town in Basilicata, a region in Southern Italy which borders three, perhaps better known regions, namely; Puglia, Calabria, and Campania. Campania is of course famous for being the home of Pompeii, Sorrento, Amalfi, and last but not least, Napoli itself! So a visit to Matera could easily be combined with a tour of Southern Italy. Tourists could visit the European Capital of Culture, and then visit Napoli and the surrounding area, where we offer lots of experiential tourism products. There are also three national parks in the vicinity of Matera, including the Pollino National Park, Italy’s largest protected natural area.

It is obviously going to be a big year for Matera. Due to its status as European Capital of Culture it will attract a high volume of visitors and tourists who will most likely be interested in visiting other destinations in the area. As luck would have it, we at Artès, have a huge amount to offer in the experiential tourism sector in the area. We even have three experiential tours based in Matera itself. These experiential tours are well suited for tourists interested in local traditions, myths and legends, and the typical cuisine of the region. These experiential tours are suitable for people of all ages, groups of friends, couples, and families with children. Our professional partners will guide you through the local area, in either Italian or English. We also have experiential tourism offers in nearby Napoli, Salerno, which is also in Campania, and more in Puglia. In other words there is a great deal in Southern Italy that you can offer your clients, particularly in terms of experiential tourism, and we would be more than happy to work with you on that. Please have a look at our catalogue to see just how much we have to offer in terms of experiential tourism in and around Matera, which will be a big draw in 2019 considering that it is the European Capital of Culture.