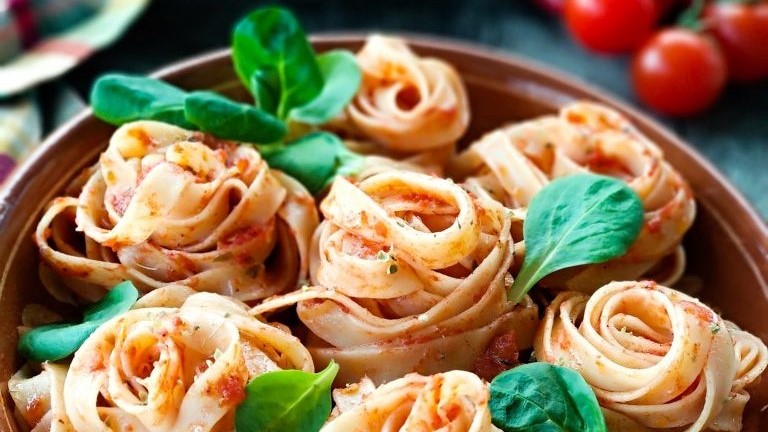 If you are looking for a great example of experiential tourism in Bologna, look no further.

In one of the episodes of the documentary series “Great Continental Railway Journeys” Michael Portillo, a famous BBC journalist, wanders through the streets of the historic center of Bologna and asks people where he can eat a good plate of “spaghetti alla bolognese”.

People’s answer is hilarious. They look at him very surprised (almost horrified) and say: “No, “spaghetti alla bolognese” is not a thing here. In Bologna we have “tagliatelle or lasagne with ragù”!. The interviewees were categorical: “Spaghetti with meat sauce? That’s not our dish.”.

What are “spaghetti bolognese” then?

Most foreigners will surely know what we are talking about and swear they’ve had them before but Italians don’t. In fact, the dish Mr. Portillo suggests is usually mistaken with a type of poor quality pasta that is usually overly cooked according to the Italian standards, accompanied with a meat sauce and wrongly attributed to be part of the Italian cuisine, as they are not even close to our “tagliatelle al ragù”.

Everyone knows how serious people from Bologna get about food and “tagliatelle al ragù” are not just pasta.

Bologna even brags about having an association called – “The apostles of the tagliatella”, founded to “defend and promote the values” of what the apostles call “Comtesse Tagliatella”. The Bolognese people love for the tagliatella goes far beyond this: you know, none will ever be able to cook this meal better than an Italian mother or grandmother.

Following the steps of tagliatelle: how does an experiential tour of Bologna come to life?

Mario Mormile, a young Neapolitan who moved to Bologna to finish his studies at DAMS University, has discovered many special areas of this beautiful city. Thanks to his training and qualification as a tourist guide, he has created original tours that aim to show the real soul of Bologna, the soul that the Bolognese themselves have a little ‘forgotten: Bologna is a place of artistic excellence, social solidarity,  and cultural resistance. This is how

In each tour Mario was forced to discuss the famous myth about “spaghetti alla Bolognese” and when he met Artès, the idea of a “story to live together” with tagliatelle al ragù came up naturally.

Don’t forget that Italy is very rich in dishes and it’s never just about the recipe: they represent a life philosophy, its uniqueness and the typicality of a territory.

Discovering Bologna beyond the Tagliatelle: Mario’s story to live together

Our “story to live together” in Bologna starts with Tagliatelle and ends up taking the visitors in a special tavern, a library and a cultural and recreational center. Italian food traditions and recipes are one of the main drivers for foreign visitors. Tour operators are well aware of that and offer “a real Italian experience” and it is not even close to what visitors are looking for.

This is why Mario’s story starts from a completely different perspective: Tagliatelle is just an excuse to gather people together with locals to know the Bolognese secret manual skills of pasta making and eventually we go beyond this, to provide a 360° experiential tour in Bologna.

Our story begins in Vicolo Ranocchi, in the medieval maze of the Quadrilateral (the oldest part of the city), where, since 1465, there has been a special tavern. It is the second oldest tavern in Italy but the first in the heart of Bologna. Here wine is just a pretext to get to know each other, have a chat and maybe share some food that everyone can bring.

Here there is still the strict rule of the ancient taverns: those who enter must consume wine or beer, the food is not served and everyone can bring what they like. Long benches and wooden tables encourage socialization. The Osteria (tavern in Italian) is a journey through time around a glass of wine. Here, if you avoid peak times, you will meet authentic characters and regulars who make this place still unique despite the mass tourists.

In the heart of Bologna, very close to the cathedral, there is a small, independent and lively bookshop, which opened its doors in 2005. Led by three women, it is today a well-known meeting point for Bologna’s cultural life. In a welcoming and professional environment, there is everything you’d love to experience: creative writing courses, acoustic concerts, meetings with schools, literary presentations, exhibitions, personalized bibliographic consultancy and targeted consultancy for corporate and individual gifts. This library is an independent and somewhat revolutionary meeting point that rethinks the bookshop format: this one is not simply a shop to sell books but it is a meeting point for art, artists, intellectuals, scholars and passionate readers. A story of women, hospitality, and culture.

The old commercial and manufacturing center of Bologna is today a cultural district since the early 2000s. The district came to life from the conversion of the tobacco factory, the former slaughterhouse, and the surrounding area, and today it includes institutions such as the Film Library, the DAMS, the MamBo (Museum of Modern Art), the Film Commission and many public and social services as well as libraries, cinemas, and an auditorium.

A very lively and interesting area of the city. Few people know that the Cineteca di Bologna is one of the most important in Europe, a center of excellence for film conservation and restoration, with prestigious archives of both Italian and foreign cinema.

The area is well known to be a cultural and recreational center where different generations, cultures, religions and ethnic groups are free to meet: a convivial and popular place where emotions are free to be shared. This is where Mario’s story will eventually bring your customers to close their full Bolognese experience.

What about “Tagliatelle al ragù”?

At this point, you may wonder what tagliatelle al ragù has to do with an inn, a bookshop, a film library, and a social center. It may sound strange to you, right? Everything is connected and here is how: it is all about the interweaving of territory with its culture, culinary traditions, history, and its people. Artès, with its “stories to live together” format, wants to tell and bring to life just this.

Our Experiential Tour operators such as Mario are trained to develop original, authentic and unique stories, to take care of details and involve participants in an emotional and discovery mechanism that goes beyond the protagonist of the story.

Tagliatelle will be the leitmotif of the story and will be its protagonist once in the social center, where nice ladies will involve the tour participants in the art of making the traditional handmade dough.

“If you have made a good sheet of pasta you can see it when you lift it and you can watch against the light the Basilica of San Luca”: this is what the experts say about a good tagliatella. And here comes the challenge: will your customers be able to learn and meet the Italian standards?

Discover Bologna with Mario on the path of the tagliatella
and take advantage of the official premiere on May 25th, 2019:

Artès and Mario will be at the festival of sustainable tourism IT-A-CA’ to be held in Bologna from May 24 to June 2.