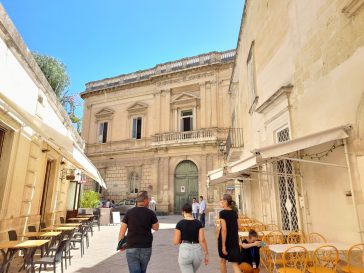 In 1889, King Umberto I and Prime Minister Francesco Crispi came to Lecce to inaugurate some important monuments. To celebrate the memory of this historic event, the Associazione Dimore Storiche Italiane asked Fabio to put together a group of passionate volunteers to coordinate the production of an article and the preparation of a commemorative aperitif.
Fabio is waiting for you in Piazza Carducci, bring all your motivation together with lots of curiosity and creativity. 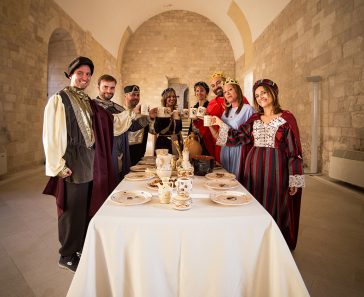 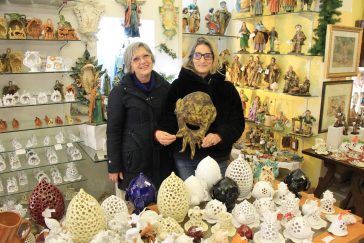 Rosemarie is a famous cultural anthropologist and has organized an international convention of art historians on the theme “Masks of the Palaces of Lecce of the 1600s and 1800s, good and evil, outside and inside us.” We will have to examine the masks located at the entrance of the noblest palaces of Lecce and the deeper dimension that the metaphor of the mask plays on each of us will be revealed.
Map in hand, the workshop starts tomorrow morning and it is open to all those who will have the courage to understand the deepest meaning of this ancient tradition.… Read More 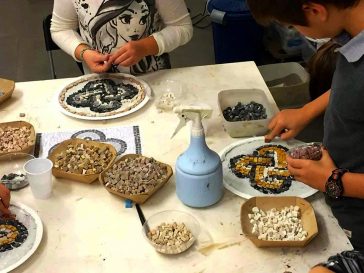 Archbishop Calabria commissioned Rosemarie, anthropologist and scholar of medieval mysteries, to establish an international commission to unveil the famous “Enigma of Otranto”. The challenge is bold because it is not just a matter of finding and freeing the greatest medieval European mosaic from stucco but also of revealing the more hidden meaning that is hidden in “the Tree of Life”, an iconography of the ancient mosaic which, according to the legend, seems to date back to the myth of the Holy Grail.
Rosemarie has already found the first clues; bring your history notes on medieval myths and legends and get ready to face the mystery!… Read More